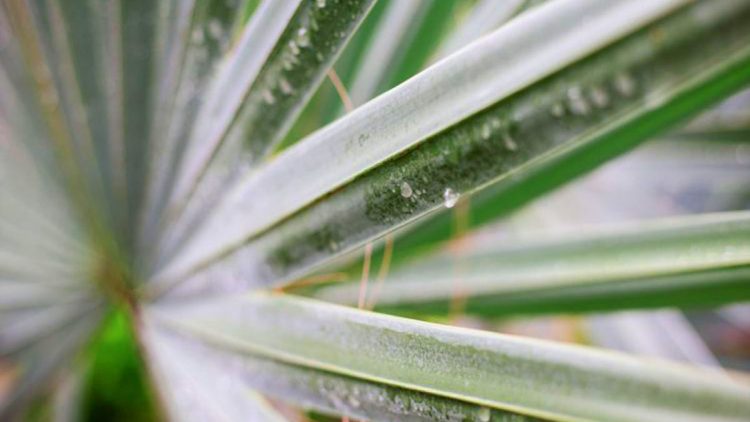 GET A FREE ESTIMATE TODAY!

Sago palms (Cycas revoluta) are a striking sub-topical tree that is frequently used as a container and landscape plant in the United States. They are slow-growing trees with an odd, ornamental trunk that are more like a cycad than a real palm. When utilized in landscaping, they can improve the appearance of your property by adding curb appeal or backyard beauty. Although the Sago palm thrives in a range of situations, it must be pruned with care. The cutting back of fronds is an important element of Sago palm care. Pruning allows you to eradicate bug infestations, clear up trash within the plant, and make the palm a more appealing component of your home or landscape.

Sago palms can withstand temperatures as low as 15 degrees Fahrenheit and as high as 110 degrees Fahrenheit. Some of the fronds may die from frost exposure if the temperature drops below 15 degrees. When the threat of frost has gone, any frost-damaged leaves should be removed to protect the tree from losing nutrients.

Pruning is done once a year

Annually prune mature Sago palms to remove yellow-tipped, aged leaves. When your Sago palm is not generating new leaves, the optimum time to prune it is in the autumn. When the plant is actively growing, it does not like to be disturbed. Wear sturdy garden gloves and long sleeves to protect your hands from the spines on the fronds during pruning. Clip the lowest fronds as near to the trunk as possible with the clippers. Clear fronds can extend 6 inches to 2 feet up the trunk, depending on the size of your palm. To keep your palm tree from becoming plagued by insects, remove all yellow and brown fronds. Remove extra fronds during the trimming procedure to expose the trunk of your Sago palm for ornamental purposes.

Getting Rid of Flower Cones

Some gardeners prefer to remove the flower cones that grow in the heart of sago palms because they are ugly. Furthermore, the seeds that grow from the flower cone are deadly poisonous to both humans and animals, making it even more important to remove them, especially if you have young children or dogs that will be near the plants. If your Sago palm is in a safe location, it’s ideal to let the seed pod mature and fall off on its own, protecting the plant’s growing point in the center from damage; but you can remove the seeds and flower cone at any time without risking the plant’s growth or health.

Remove all debris and leaf litter from around the trunk of your Sago palm after trimming the leaves. This allows more air to reach the tree’s trunk and lower portion, which helps to maintain it healthy. The male plant can be allergic, which is why long sleeves are required when pruning, and all parts of the plant are hazardous. Dispose of debris with extreme caution. If you put plant matter in your yard waste or take it to the dump, make sure the people in charge are aware of its toxicity.

If you own a property in the Phoenix Valley our team of trained, licensed, and insured tree cutting professionals will cut down and remove your tree safely and affordable. Every one of our skilled technicians understands our safe tree removal and cutting protocols and work together to get the job done quickly and safely. Keeping your property in the best condition possible while removing the tree is also our top priority. We remove the tree, clean up the mess, and leave your property in great condition.